Following the release of his sample library for Sine: Artist Series, we chat with David Gtronic about the creation of the pack, his musical background and upcoming projects.

Thanks for your time David. Can you tell us a bit about your musical background? Did you start out as a DJ or a producer?

Thank you for having me! I started Deejaying when I was 15 in the local scene in Miami. We used to host some all ages events in pretty cool venues that gave me that opportunity to start playing. After a year I remember thinking of ways that I can take it to another level and producing was the way. I watched hours of tutorials on Ableton and experiment every day. It took me a while to develop a nice sound since I was just teaching myself instead of learning from someone with experience. Later on when I was 18 I entered a Recording arts university and graduated with a bachelor degree in sound engineering, a couple of months later I got on a plane from Miami to Ibiza and never looked back.

You’ve been living in Berlin for a few years now, has the local scene and club culture influenced your music?

Yea definitely. When I go out in Berlin, I usually go to the more minimal parties like CDV or Hoppetosse, which is where most of my favourite artists perform. It’s amazing to have every weekend so many cool artists playing in the city where you can find inspiration.

How would you describe your sound?

If I could describe it in a few words I would say groovy, distinctive, organic and peculiar.

Can you tell us about the process of making the sample pack? What was your approach and what gear did you use to create the sounds?

In a way, I've been slowly preparing the sounds for a year or two. In many occasions during my productions every time I would record a cool sound, I would store it in a designated folder to store all my own sounds. For the drums, I use the MFB Tanzbar, Yamaha DX200, Korg Electribe EMX-1 and the Roland TR-8. Many of the recordings I ran it through the Boss KM-60 mixer to give it some crunchiness and distortion. I use the UAD plugins as well to process the sounds. The synths & Basslines were also recorded from the Yamaha DX200, EMX-1, Roland Cloud plugins, Rob Papen Blue synth and Sub Boom Bass 2. I processed the effects using the Eventide bundle, which is how I got so many of the glitchy sounds.

What was the most challenging part of the sample pack production process?

Hahaha, I would definitely have to say the organization. It was very cool to experiment with recordings and making fresh grooves. It thought me to work in different ways and gave me a different perspective in the creation process but when it came down to organizing the files it was a mess!

What’s your studio setup at the moment?

What DAW do you normally use?

Finally, what stuff have you got coming up?

Any upcoming projects you are excited about? I just finished a 17 track compilation that consists of several original tracks and collaborations. I’m very excited and happy with the results. It’s very new so more news to come. The 10th of July will be the release of the remixes from my Personality Disorder project with Guti. We had the pleasure of having DJ W!ld, Hector, Just_Me, Randall M, Sirus Hood, Fosky, Árk, Giorgio Maulini, Sece, Rhythms Of Prescott, Imbue, Chklte, Del Fonda, and Federika. 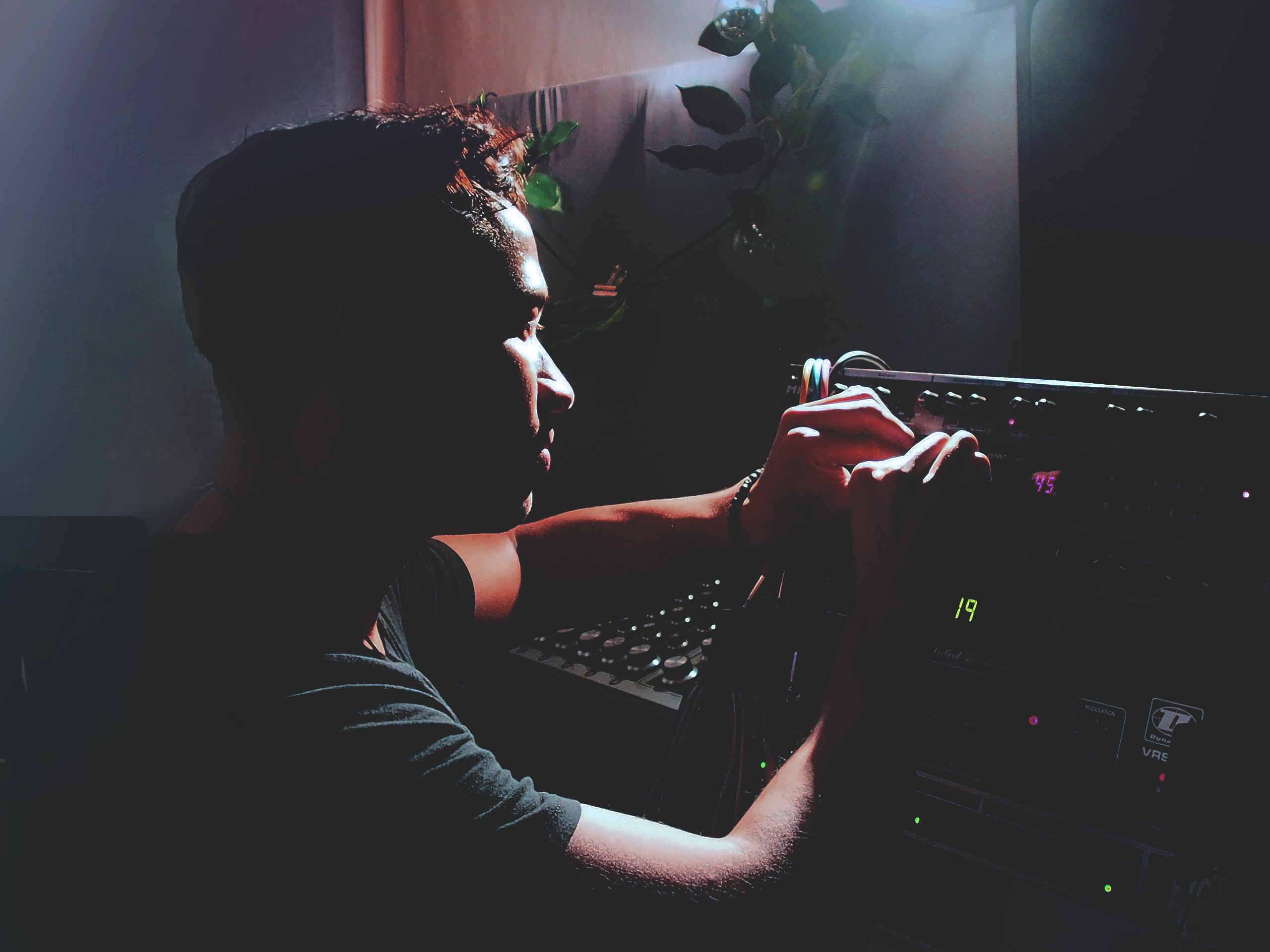